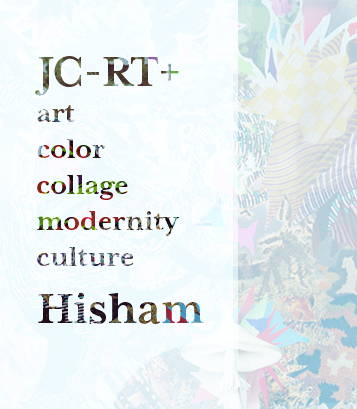 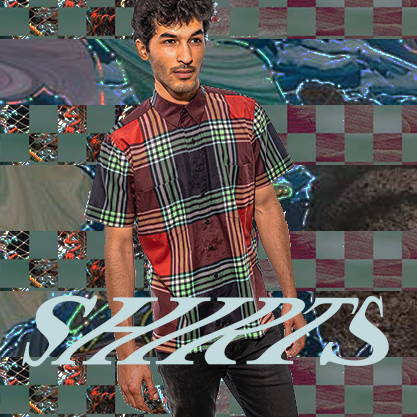 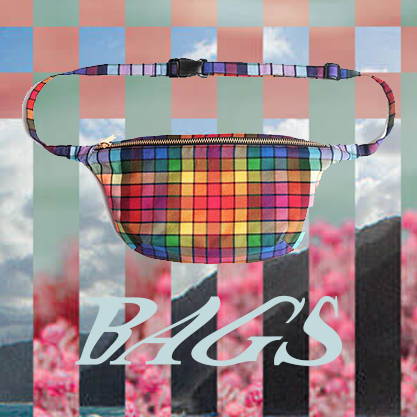 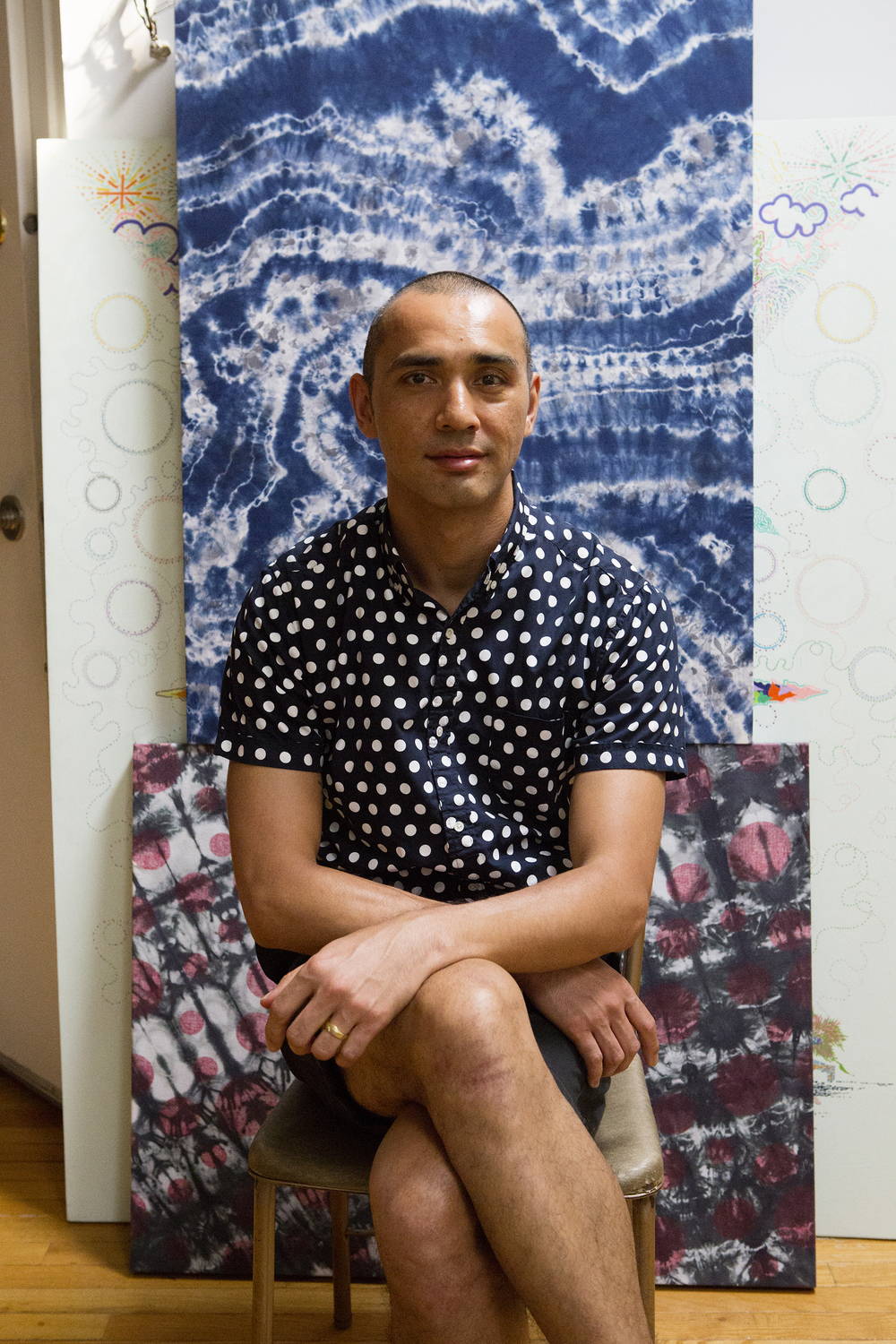 Hisham Akira Bharoocha is a multimedia artist based in Brooklyn, New York, working across various mediums including large-scale murals, paintings, drawings, collages, audio/visual installations, and performances. For commissioned work he is represented by Hugo & Marie, and for fine-art he is represented by Snow Contemporary in Tokyo.

Bharoocha’s work touches on the intricacies of mental architecture and self-made symbolism. His fascination begins with how the mind creates behavioral patterns based on the way a person is raised, what kind of cultural background that individual has, and what type of environment he or she is brought up in. Once a human begins to develop, it creates associations between life experiences, objects and imagery to better understand the world surrounding it, how to assimilate to it, and how to define oneself through this understanding. Bharoocha’s work is a visualization of the seemingly disparate connections he sees in his own mind based on his own life’s story, between experiences felt through the senses, and how the mind tries to understand the world we live in. A lot of Bharoocha’s realizations come during meditation or dream states. He is also fascinated by psychological practices, such as free association.

Bharoocha has had solo exhibitions at Snow Contemporary and Ginza Mitsukoshi in Tokyo, D’Amelio Terras in New York, and De Vleeshal in The Netherlands, and has exhibited his work in numerous group shows in North America, Europe, Australia, and Asia. His work has been published in Artforum, NOWNESS, i-D, V, and Flaunt Magazine, to name a few.

In addition to being a founding member of the experimental rock group Black Dice, Bharoocha has performed in many bands touring the world, such as Pixeltan, Soft Circle, IIII, 41 Strings featuring Nick Zinner, and Boredoms. He has played prestigious venues such as the Sydney Opera House in Sydney, and ICP and the Royal Festival Hall in London, among others. Bharoocha’s musical practice informs his visual work, and vice versa. When you look at his visual art, there seems to always be a rhythmic element, making the eye wander over a surface to then create a rhythm through eye movement. Bharoocha is known for the large-scale performances he organizes with the experimental rock band Boredoms, which is based in Japan. The most well-known performances have been the BOADRUM series, where up to 100 drummers perform with the band. Bharoocha has organized these performances alongside the core members of the band since 2007, and has played at the Barbican in London, the Ruhrtriennale in Germany, and several of All Tomorrow’s Parties festivals (London/Minehead/Tokyo). Bharoocha has also collaborated on musical performances with the artist Doug Aitken at MoMA and the MoCA. His latest band, Kill Alters, is beginning to tour the world. 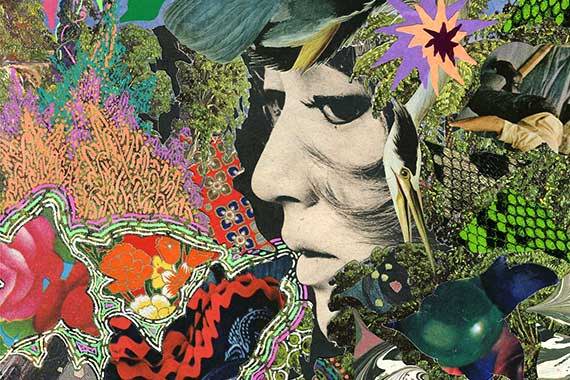 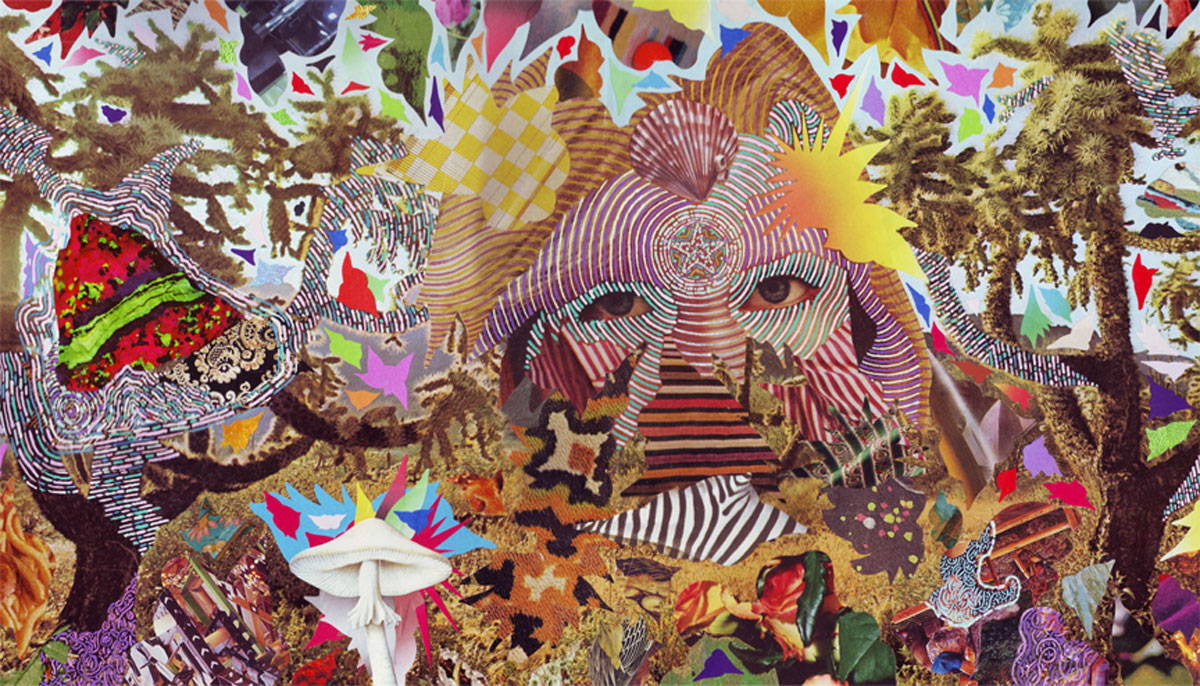